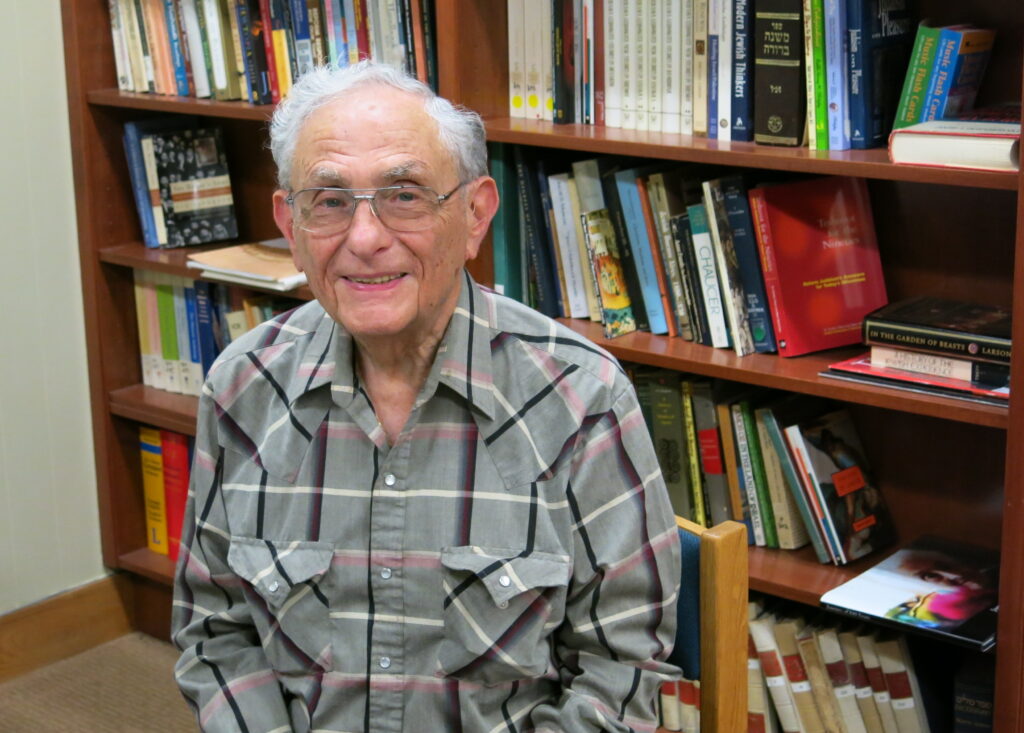 Funeral services for Rabbi Emeritus Richard B. Safran were held on Wednesday, December 7 at Congregation Achduth Vesholom, 5200 Old Mill Rd., followed by a public graveside service at Lindenwood Cemetery.  The service at the Temple and at Lindenwood were livestreamed on the Temple’s YouTube channel.

He died on Friday, December 2, 2022 in Tucson, AZ. Rabbi Safran served as Achduth Vesholom’s spiritual leader from 1969 to 1995, when he became Rabbi Emeritus.

Our Rabbi Richard B. Safran Library was named in 2000 in honor of his 70th birthday and in appreciation for his contributions during his 26 years with us.

We are sharing the obituary of his remarkable life below.

Preferred donations in memory of Rabbi Safran may be made to Congregation Achduth Vesholom’s General Operations. Donate online or send a check (payable to “CAV-The Temple”) to The Temple, 5200 Old Mill Rd., Fort Wayne, IN 46807.

May his memory be for a blessing. 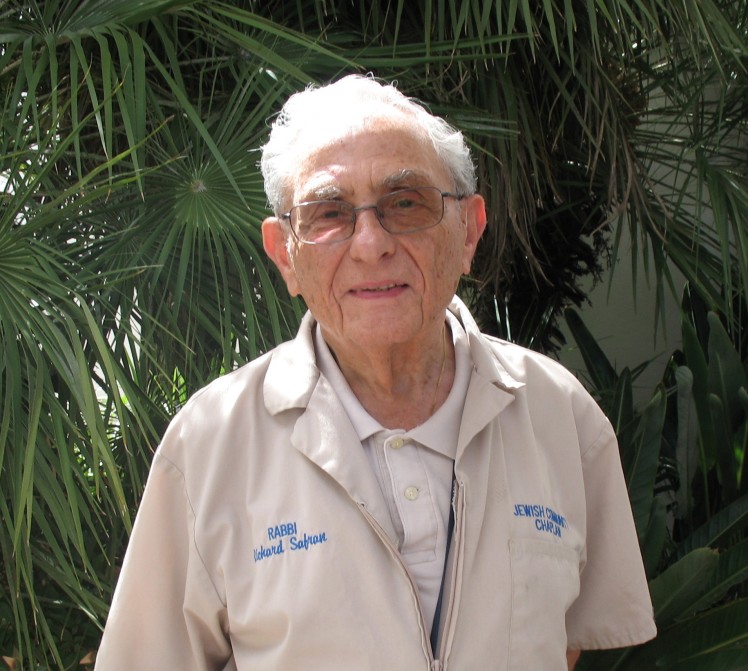 Born in Brooklyn, NY, he served his Jewish congregations, his communities, his friends and his family with love, devotion and dignity.

He grew up on Long Island, NY, where his parents owned a kosher deli and where he attended Far Rockaway High School, where he met his wife, Lois.  His religious focus began as an Air Force assistant chaplain during the Korean War.

He was ordained by the Hebrew Union College — Jewish Institute of Religion in 1960. In addition to his congregational duties in Brooklyn (Canarsie), NY, Peabody, MA, Steubenville, OH, and Fort Wayne, IN, he was also a chaplain at prisons, hospitals, and veterans’ hospitals for decades as well, in Indiana, Ohio and Arizona.

Rabbi Safran was also a lifelong hiker, camper and nature enthusiast. This began in his childhood, when he camped often with friends, and continued into adulthood as he visited many of America’s famous national parks with his wife and sons every summer. This enjoyment continued as he led many annual congregation campouts and hikes, where he introduced many to his enjoyment of the outdoors. He was active well into his mid-80s, hiking multiple miles, multiple times per week, in the mountains surrounding Tucson and volunteering at Sabino Canyon.

During his many years as a Rabbi, chaplain, community activist, volunteer and friend, he touched many hundreds, if not thousands, of lives, bringing love, hope, caring, empathy and education to all who knew him.

Rabbi Safran is survived by his son, Daniel; his three grandchildren, Ethan, Hannah and Samantha; and sister, Geraldine Schwartzstein, along with daughters-in-law Cindy and Dawn. He was preceded in death by his wife, Lois (Vogel); his eldest son, Jonathan; mother, Reba (Rothstein); father, David; and brother, Jay. He is also survived by nieces, a nephew and cousins, a large community, the many that he served, and his many, many friends.

Funeral services will be held on Wednesday, December 7 at 1 p.m. (EST) at Congregation Achduth Vesholom, 5200 Old Mill Rd., Fort Wayne.  A public graveside service will follow immediately at Lindenwood Cemetery in Fort Wayne. The service at the Temple and at Lindenwood also will be livestreamed on the Temple’s YouTube channel.

We will gather for shiva on Wednesday, December 7 at 7 p.m. in person at the Temple. The shiva also will be livestreamed on YouTube.

A virtual shiva also will be held on Sunday, December 11 at 6 p.m. (EST) on Zoom. Contact the Temple office at office@templecav.org for access information.

Preferred donations in memory of Rabbi Safran may be made to Congregation Achduth Vesholom’s General Operations. Donate online or send a check (payable to “CAV-The Temple”) to The Temple, 5200 Old Mill Rd., Fort Wayne, IN 46807.