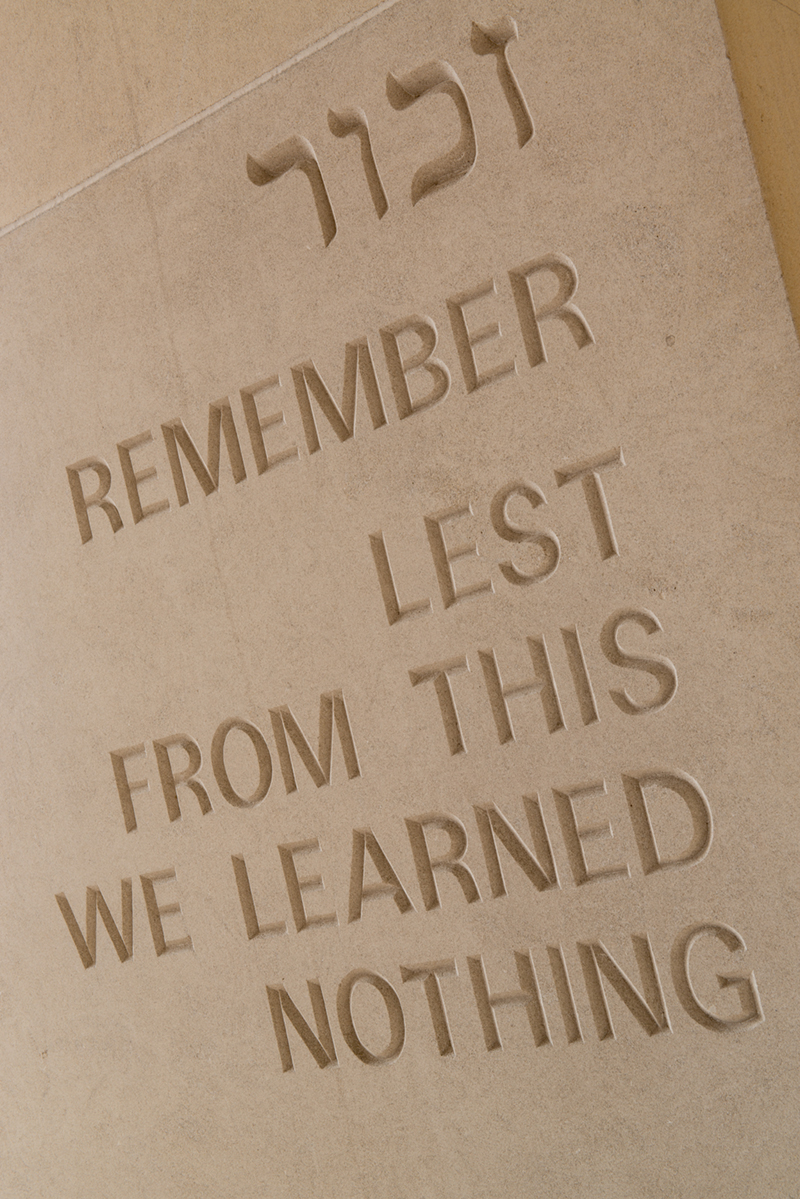 Zachor – Remember – Lest from this we learned nothing. The words are prominently engraved near the front entrance of Congregation Achduth Vesholom.

We are committed to remembering the Holocaust and the six million Jews and others murdered by the Nazi regime and its allies and collaborators. Our Holocaust Education Committee works to ensure the lessons are not forgotten.

Our third Holocaust Symposium is tentatively scheduled for June 2023. The program is designed for current teachers and tomorrow’s teachers to help them educate their students on the Holocaust and Holocaust-related topics. The Symposium is organized by the Temple’s Holocaust Education Committee and Purdue Fort Wayne’s Institute for Holocaust and Genocide Studies.

We work regularly with our Campus Partners – the Jewish Federation of Fort Wayne and IHGS on related programming. This includes an annual Yom Hashoah (Holocaust Remembrance Day) commemoration hosted by the Federation in the spring.

A visit to our building also offers opportunities to learn more about this tragic period of history. 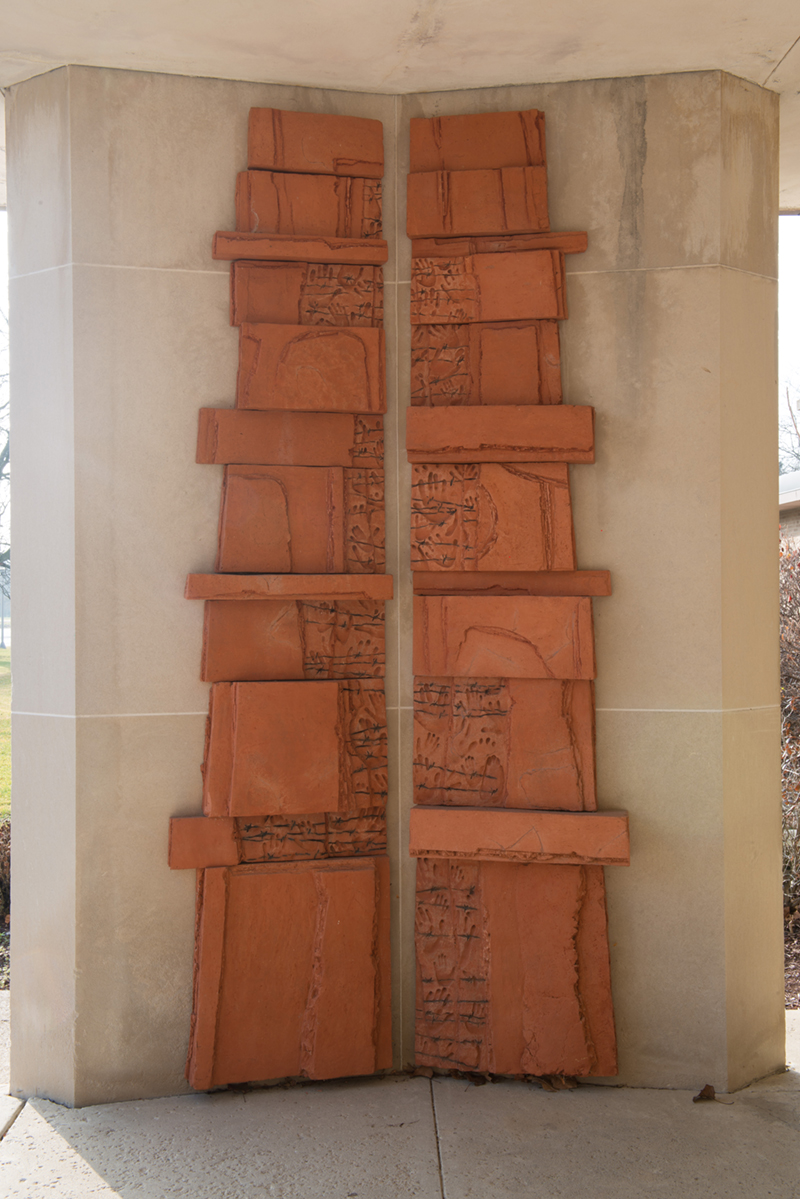 The Holocaust Memorial sculpture by Artist Nancy McCroskey in front of our building seeks to communicate the horror of the Holocaust, the endurance of the Jewish people, and the need to remember.

Our Madge Rothschild Resource Center is home to a Torah remnant that was burned by the Nazis. The remaining sections of the Torah were restored by the Temple as part of our 150th anniversary celebration in 1998. Our b’nei mitzvah students read from the Holocaust Torah when they are called to the bimah to commemorate l’dor vador, from generation to generation.

A stained-glass window in our Sanctuary provides a Memorial to the Six Million. Its stark red, blazing fires reflecting the unspeakable horror and tragedy of the Holocaust and the heavy panes of blue, laced with strips of black, symbolize the bars of the concentration camps. But the millions died with the hope that the people of Israel would survive, depicted by the Star of David with sunlight rays streaming from above. The two yellow streaks remind us that the oppressors made the Jews wear this star as a badge of shame, but to the martyred it was a star of glory and salvation.

Much of the funding for current programs comes from the Temple’s Max & Gerda Schmitz Holocaust Education Fund and the Dr. Harry W. Salon Foundation.

Holocaust survivors from Poland, Romania, Germany, and Holland resettled in Fort Wayne after World War II. They were interviewed for a video called “We Must Remember,” developed by the Jewish Federation of Fort Wayne and recorded at Congregation Achduth Vesholom.

Restoring A Torah Rescued From The Holocaust 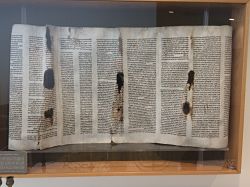 Congregation Achduth Vesholom celebrated its 150th anniversary in October 1998 with the theme “L’dor Vador – From Generation to Generation.” The Temple launched a Torah-writing project in late 1997 to restore a holy document saved from Nazi destruction in Czechoslovakia.

The Temple’s Holocaust Memorial Committee secured on permanent loan Scroll #1172 from the Memorial Scrolls Trust housed in Westminster Synagogue of London, England. A remnant of the Torah is on display in the Temple’s Madge Rothschild Resource Center. 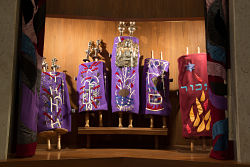 We regularly read from the restored Torah, which can be distinguished from our other scrolls in the Ark because it has a Torah cover with the Hebrew word “Zachor,” which means “Remember.”

Each Memorial Scroll is a memory of the past and a messenger for the future.